The first wave of Lincolnshire’s nursing associates have embarked on their new careers in care across the county.

Nineteen of the trailblazing recruits qualify this week (w/c 21 January), at United Lincolnshire Hospitals NHS Trust (ULHT) after undergoing a challenging two-year course in partnership with the University of Lincoln, to equip them with all the skills they need for their new healthcare roles.

ULHT is one of the first Trusts in the country to take on the nursing associates after being involved in the initial pilot project back in 2017.

Alongside the hospitals Trust, both Lincolnshire Partnership NHS Foundation Trust (LPFT) and Lincolnshire Community Health Services NHS Trust (LCHS) also pioneered the process, with five and four nursing associates respectively qualifying for them this week too.

The nursing associate role has been launched in a bid to bridge the gap between healthcare support staff and qualified nurses, to offer more support to patients on the wards and departments across Lincolnshire’s hospitals.

Claire Smith is one of ULHT’s new nursing associates and is looking forward to continuing her role at Pilgrim Hospital, Boston.

“I was working as a support worker in theatres at Pilgrim when a friend told me about the new two-year training scheme,” said Claire.

“It looked like a very good way to develop my skills and a big plus was that I would still be paid, working in placements alongside studying one day a week at university for a foundation degree.

“Knowing that other people have seen you grow and have confidence in your skills is really fabulous. The surgeons feel more relaxed because they know you can do what you need to do. That is reflected through the team and having their support is brilliant.

“It has been a wonderful adventure. We were the first ones off the mark and we weren’t quite sure where it was all going. I’m happy and proud of the role we carried out.

“Now we know we are a valuable part of the team and I hope what we have done will encourage more people to join us.”

Wendy Beckett, ULHT Clinical Education Lead Nurse said: “Two years of hard work later and I am thrilled to say that this inspiring pilot group of trainee nursing associates are about to enter the NMC register and start working for ULHT as registered nursing associates.

“They will be graduating from the University of Lincoln on Thursday 24 January with a foundation degree and are attending their preceptorship induction this week.

“This is so exciting for the Trust, for the staff and for the teams they will be working with and for those of us who have been part of their growth and development.

“They have truly paved the way for the subsequent groups following in their path as we now have three groups training with a fourth group being recruited into for an April start.

“It’s safe to say we are very proud of our first wave of nursing associates.”

Wendy Leighton, Lincolnshire Implementation Lead and Programme Lead for Nursing Associates at the University of Lincoln said:  “The nursing associates are working in hospitals, nursing homes, mental health settings and in the community – this has been a true partnership approach.

“I am incredibly proud to have been involved and of each and every one of them; a new role for the nursing family and an historic ‘first’ for Lincolnshire.”

Amanda Gill (43), Waddington Ward (ULHT): “This course has given me lots of resilience and as an older student has given me the chance to progress more in my NHS career.” 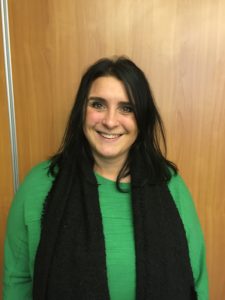 Sam Stainton (31), A&E, Pilgrim (ULHT): “I’ve worked in A&E all the way through so it’s going to be great to go ‘back home’ and use all the extra knowledge I’ve learnt.” 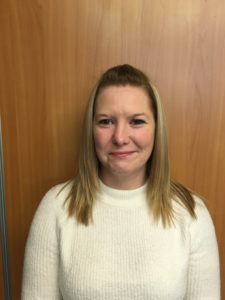 Lucy Barlow (43), 7B, Pilgrim (ULHT): “The best thing about this training has been the support from my fabulous colleagues, at times they have been so incredibly supportive.” 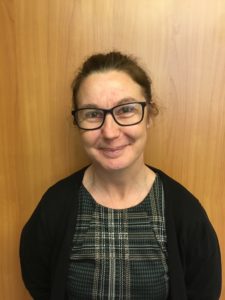 Amy Wells (36), IAC, Pilgrim (ULHT): “I feel like I’ve really gained lots of new knowledge and experience during the past two years and I’m really looking forward to putting in into action for our patients.” 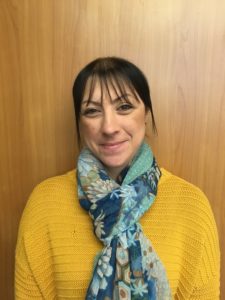