Marvellous moustaches were grown by 24 members of the estates and facilities team at Pilgrim Hospital, Boston for Movember.

Posted on December 21, 2016 in Announcements

Marvellous moustaches were grown by 24 members of the estates and facilities team at Pilgrim Hospital, Boston for Movember. 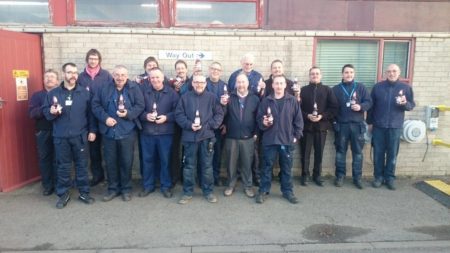 Estates and facilities team during Movember

Movember campaign. The Movember Foundation aims to tackle men’s health on a global scale, year round raising awareness and funds for research into prostate cancer, testicular cancer, and mental health and suicide prevention.

Engineer Billy White who works for United Lincolnshire Hospitals NHS Trust said: “We started it off as a bit of a laugh but within 15 minutes we had raised £100. Staff at Pilgrim Hospital have been really supportive and local businesses have been very generous. We’ve not only received donations of money but also food and some Movember themed beer.”

Engineer Jim Bland promised to shave his beard if they raised £100 and was true to his word.

Billy added: “Jim has had a beard since 1985 and when he shaved it off his grandki 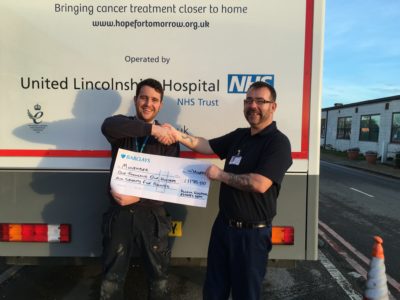 Chris Newton and Billy White with their cheque

ds and dogs didn’t recognise him – he was a really good sport.”

The team also held a raffle with prizes kindly donated by local businesses and celebrated their achievement of raising £1,175 with a meal at Wetherspoons in Boston.