United Lincolnshire Hospitals NHS Trust has re-pledged its support to Armed Forces personnel and their families by re-signing the Armed Forces Covenant.

United Lincolnshire Hospitals NHS Trust has re-pledged its support to Armed Forces personnel and their families by re-signing the Armed Forces Covenant. 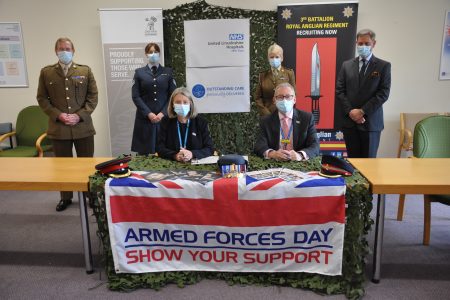 The Armed Forces Covenant is a promise from the nation that those who serve or have served in the Armed Forces, and their families, are treated fairly. It provides an opportunity for employers to confirm publicly that they recognise the value serving personnel, regular and reservists, veterans and military families contribute to our country.

The covenant was originally signed by the Trust in 2017. By re-signing, the Trust is looking to further its support of staff that are still, or have been, a member of the Armed Forces.

Andrew Morgan said: “We’re delighted to be re-signing the Armed Forces Covenant. Those with a military background have skills and experiences that are difficult to replicate, as well as leadership and teamwork capabilities.

“We recognise that our Reserve Forces employees have developed personal skills and attributes through their military training undertaken in their spare time; this is of benefits to our patients.

“A number of our employees are from military families and the covenant is another demonstration of our commitment to our workforce as a whole.” 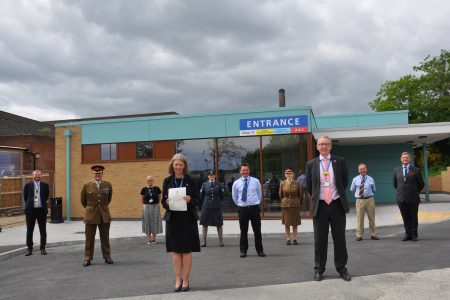 Major Mitch Pegg, Lincolnshire Local Resilience Forum Military Liaison Officer, said: “It is a privilege for the Armed Services that the Trust has reviewed its Armed Forces Covenant pledges. It has re-signed the covenant to include changes that improve the offer for staff who work as reservists in the Royal Navy, Army and RAF. It is clear that ULHT values its veterans, reservists and families of serving personnel for the unique experiences that they bring to their roles and there is a clear desire to ensure that no individual is disadvantaged as a result of their service.”

ULHT is already looking to further develop relationships with local regiments, as well as enhancing the support it can provide to the reservists and veterans it employs.

To learn more about the Armed Forces Covenant visit armedforcescovenant.gov.uk

More details about Armed Forces work at ULHT can be found at www.ulh.nhs.uk/about/armed-forces-covenant/