Are you up for a fitness challenge? If the answer is yes, then sign up to the United Lincolnshire Hospitals NHS Trust fit-a-thon challenge.

Posted on March 5, 2018 in Announcements

Outpatients Matron Sam Daniels has teamed up with Active Nation at Yarborough Leisure Centre and class instructors from across the region to offer one class every hour over 24 hours on Friday 20 April – Saturday 21 April as part of the ULHT Fit-a-thon.

With everything from yoga, to spin, Zumba, Bollywood, burlesque and everything in between – there really is something for everyone.

Sam said: “I have really enjoyed getting fit at exercise classes over the last year and wanted to share my enthusiasm and help my friends and colleagues to get active and hopefully we can raise some money for the Trust’s charitable funds too!” 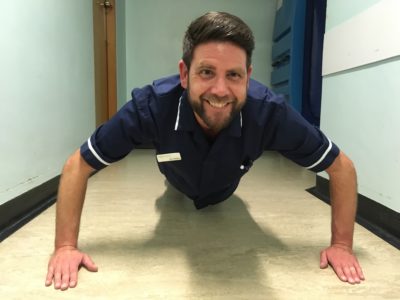 Some hospital departments are already organising relay teams to make sure they can cover the full 24 hours and raise funds for their department. Others are doing individual challenges and some have promised to make a donation to take part in their favourite class.

Sam says she has been overwhelmed by the support so far and is inviting local residents to come and join in the fun. Save your space in any of the following classes by visiting https://www.eventbrite.co.uk/d/united-kingdom–new-malden/ulht-fitathon/?q=ulht+fitathon&loc=New+Malden%2C+United+Kingdom&date

Sam added: “I would like to say a massive thank you to all of the instructors who have agreed to take the classes and Active Nation – everyone has agreed to give us their time and the studio space for free. This means that any money we raised can be used to make a difference for our patients and staff.”