A Lincolnshire family are leaving a legacy that will help support children in need of end of life care in Lincolnshire.

A Lincolnshire family are leaving a legacy that will help support children in need of end of life care in Lincolnshire.

Lucas’s mum Amanda said: “The team would visit us every day, sometimes twice a day, and were always at the end of the telephone. We could talk to them about anything and had some very honest and open conversations about what we wanted and what would happen to Lucas. As a result, we were as prepared as we could be at the end of Lucas’s life.

“They were fantastic and Lucas had his own nicknames for everyone who came to spend time with us.”

Lucas was diagnosed with a brain tumour called a medulloblastoma in June 2017.

Following several surgeries and other treatment including radiotherapy and chemotherapy, Lucas started to receive care at home from June 2020.

Lucas and his family were supported by the children’s palliative care team, paediatric community team and specialist family practitioner team.

Amanda added: “Being able to borrow an air conditioning unit was really important to us in fulfilling our wishes after Lucas’s death but the team had to borrow one to support us. Knowing the difference it made, it was an obvious choice when it came to suggesting what we might like to buy with the money raised to support the service and say thank you for the care they provided.”

The money raised to buy the units was collected through fundraising by Alex Clark, who ran 100 kilometres (62.1 miles) throughout May 2021.

Alex, who works for Haart estate agents, met Amanda and learned about Lucas through his work in the local community. He reached his 100 kilometre milestone on 21 May to finish on what would have been Lucas’s birthday, raising £500 in the process.

He said: “When I heard about Lucas’s passing, I wanted to do something to help. The run was a challenge but it’s much easier when you know what kind of amazing people are spurring you on.”

The new units have been presented to staff at the Kingfisher Unit at Grantham and District Hospital.

Joanna Woolley, children’s palliative care nurse specialist and team leader at ULHT, said: “This donation will make a valuable difference to children receiving end of life care in Lincolnshire. To be able to loan these air conditioning units out will ensure we can support children to be as comfortable as possible, particularly in the warmer weather, while also ensuring choice for their families after death.

“We are very grateful to Lucas’s family and friends for this kind gesture.” 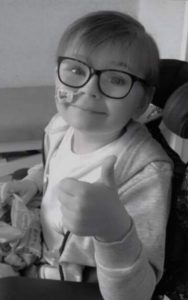 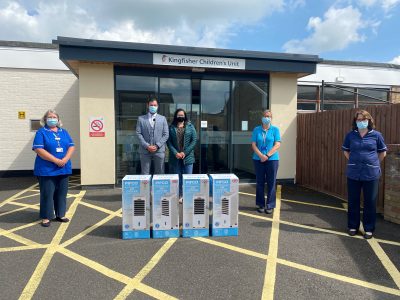