How we are improving maternity care in Lincolnshire

How we are improving maternity care in Lincolnshire

Posted on September 30, 2019 in Announcements 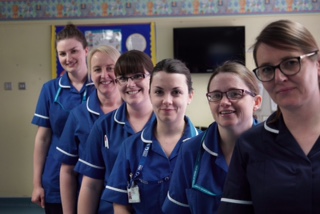 Finding out you’re expecting a baby is a hugely exciting time but it can also cause stress and anxiety. Our maternity teams at ULHT are introducing  a new way of working in line with the National Maternity Review: Better Births 2016. This sets out a vision for maternity services in England which are safe and personalised. The heart of the vision is the idea that women should have continuity of the person looking after them throughout their maternity journey; before, during and after birth.

A team of seven midwives in the Gainsborough area began the Continuity of Carer pilot in April 2019 to provide care to women throughout the whole pregnancy journey, from antenatal care to postnatal care, as well as having a midwife on call during the day and night to provide care during labour. They are called the COCOs team.

Following the success of the Gainsborough pilot, the team are rolling out new ways of working across Sleaford, Skegness and Lincoln during the coming months.

The aim is for every woman who registers their pregnancy in Lincolnshire will have a named midwife who will co-ordinate her care; she will be given the opportunity during her pregnancy to meet the rest of the team so that at the time of the birth she will see a familiar face.

Community midwife, Helen Shepherd said: ‘This has been such an important and exciting pilot for our women in Lincolnshire. It means we can spend as much time as possible building relationships with the woman and her family, giving support and advice and helping them make the right choices for them.”

Continuity of carer has shown to have benefits, including reduced anxiety and stress for the woman and reduced risks of miscarriage. The woman often feels more able to confide in their individual midwife, enabling the midwife to better identify any problems with the pregnancy. Additionally, there is less missed care, as the midwife is proactive in ensuring missed appointments are rescheduled, and the woman gets the level of care she requires.

Evidence also shows that women who have a midwife that they know in labour are less likely to need interventions during their pregnancy and birth and are more likely to be satisfied with their care.

Some of the feedback received from women who have experienced the service is:

“Thank you so much for all the help and support you have given us on our journey into parenthood. You’re a fabulous bunch of midwives.”

“Thank you very much for your ongoing care and support for me, my family and our new addition.”

Along with NHS England, ULHT and the Lincolnshire Maternity System (LMS) submitted a target of reaching 5% of pregnant women. The team reached 7%.

Helen said: “Initial feedback from the women we have seen has been really positive. There has also been great team working and a definite increase in staff morale. Not only is it great for the women, it also provides more opportunities and flexibility to staff.