Heart attack patients in Lincolnshire are benefitting from personalised therapy based on genetic screening.

The Lincolnshire heart centre at United Lincolnshire Hospitals NHS Trust (ULHT) is currently recruiting patients to take part in the dal-GenE study- the first clinical trial of its kind run in the UK. 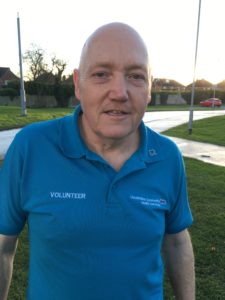 This unique study is working with patients who have had a heart attack, and who are at risk of having another, exploring new ways to treat them to reduce that risk. This involves carrying out genetic screening to see if they could benefit from a new kind of treatment. So far, 55 Lincolnshire patients have been screened and four have entered the trial.

Consultant Interventional Cardiologist at Lincoln County Hospital, Dr Kelvin Lee, said: “This study is really unique in cardiovascular medicine. The first of its kind, where we are selecting patients for personalised therapy.

“We are geno-typing patients who have had heart attacks, to see if they may benefit from a new treatment to prevent future heart attacks.

“The dal-GenE study tests this new medication called Dalcetrapib which affects and boosts the good cholesterol levels and may significantly improve the outcome for these patients. The genotype screening enables us to identify and select those patients who may most benefit.”

ULHT was the first NHS Trust to recruit patients into the study in the UK, and was one of the first in Europe to screen patients to see if they could benefit from the new drug.

“This is an important study to do to see if we can improve how we treat our patients with heart attacks,” said Dr Lee.

“This is part of our aim in research – bringing cutting edge treatments and therapies to the people of Lincolnshire.”

Former Royal Marine Commando Alan Lee is one of the Lincolnshire patients who is taking part in the trial.

“I honestly didn’t believe I was having a heart attack at first and insisted on walking to the ambulance. When I arrived at A&E, I was met on arrival by a cardiologist and went straight to the cath lab. I was in surgery for three and a half hours while they fitted three stents.

“While I was recovering, Dr Lee came and spoke to me about the trial and the fact that some of those taking part will be taking the new drug, while others will be taking a placebo.

“I was unsure at first if I wanted to spend three years committed to taking something that might be nothing more than a sugar lump. A trusted friend pointed out to me that at some point people would have been needed to trial paracetamol and those taking the placebo were just as important as those taking the drugs.

“I said yes and it is one of the best things I have ever done. Wouldn’t it be great if in 10 years’ time someone is taking a drug that I have helped to bring in and it is making a difference to their life.

“Through this whole process I have felt supported and extremely privileged to have come to this hospital. I honestly believe they saved my life. It sounds dramatic, but it is true.”