The part-time endurance athlete, who competes in regular competitions throughout the year, battled to her third place podium spot in the blistering heat of Transylvania earlier this month. 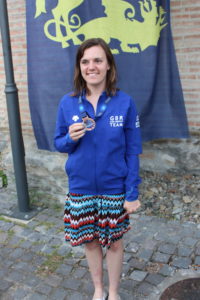 Alice qualified for the Transylvanian challenge after finishing fourth in Nottingham’s infamous Outlaw Half triathlon last year, which meant she could join the British Triathlon Federation.

Her obsession with the race stems back to 2013 however, after she spent a week volunteering at a gala event in London.

“I supported elite and para-triathletes who were competing for the title of world champion,” said Alice.

“At that point it was my dad and little brother who did all the racing and I never once thought that one day it could be me up there. 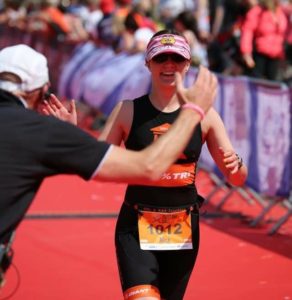 “I joined the Lincoln Tri Club that year but only as a way to build my fitness and was a bit too scared to take on a race of my own.”

Fast forward to 2018 and Alice had seriously caught the bug. She started signing up to smaller races in and around Lincoln before joining a training team for the Nottingham meet.

The European triathlon consisted of a 1900km lake swim (without wetsuit), an 83km hilly bike ride and a 20km run – all in 30 degree plus heat.

“My friends on the ward think I’m bonkers but have been very supportive and the triathlons have allowed me to make many new friends”, added Alice who works on Shuttleworth Ward.

“The Romanian race was the hardest I’ve ever done due to the heat but the atmosphere was amazing and kept me going. 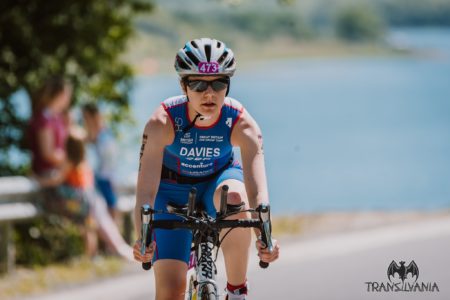 “There were hundreds of competitors all cheering each other on and the entire town came out to support the race, even staying to watch the very last athlete over the finish line.”