Take a look at some of the donations we have received and how they have helped us.

Join us for a Big NHS Tea Party in Boston.

To celebrate the NHS’s Birthday we’re partnering with the Lincolnshire NHS Charity to throw a Big Tea Party on Saturday 2 July at Ellenders Bar, Boston United between 2pm – 5pm.

An event for all the family which will include, cake, live music, entertainment and a raffle on the day.

Free entry no need to register. 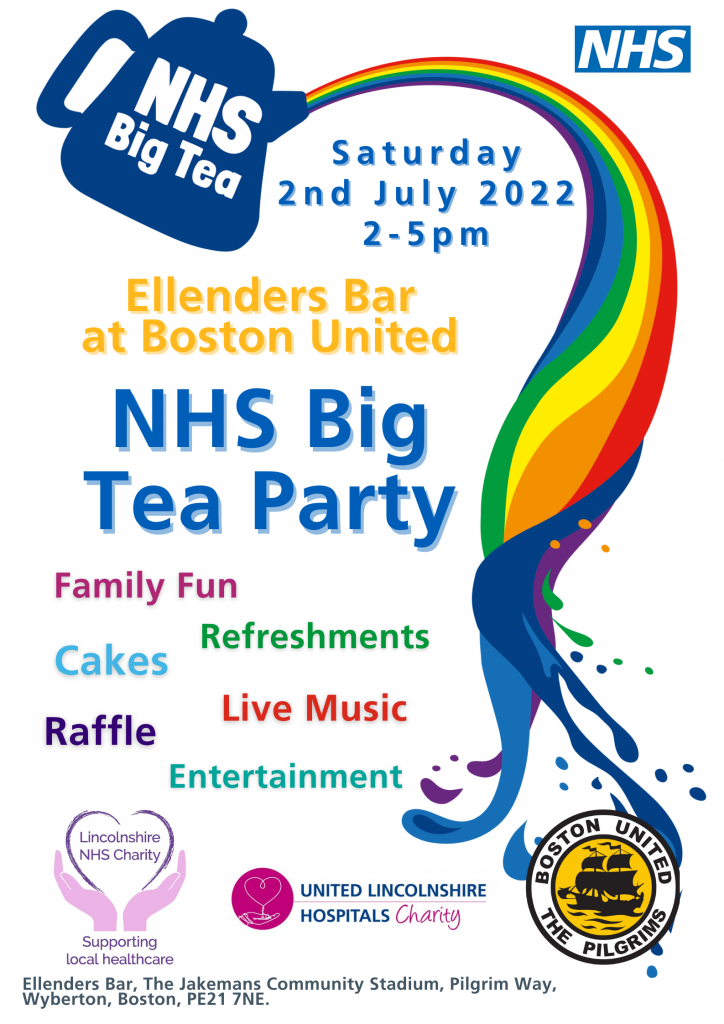 In November 2020, the height of the second wave, Joe Cranfield was coming up to finishing his work with United Lincolnshire Hospitals NHS Trust as an Occupational Therapy Assistant before starting a new role with Lincolnshire Community Health NHS Service.

Having spent time within the occupational therapy team on the stroke unit, Joe wanted to raise money for them through the United Lincolnshire Hospitals Charity as a way of giving back.

Joe had a week spare between the positions and thought he would give something back in that time by organising and taking part in a 12-hour cycle ride. Bringing in his brother Ollie for support the two had planned a ride starting in Kirkby On Bain, heading up to Lincoln, down to Boston and back through to Kirkby On Bain starting at 6am.

Within days Joe had hit his target of £500 and wanted to see how much he could raise, so kept upping the target and raised an amazing £2,125 in a week.

Joe said “I felt so proud completing this, it brought everyone together during the second wave. One of my close colleague’s mum was on the unit at the time and explained how it had given everyone a positive lift.”

Joe’s challenge even inspired the occupational therapy team who hosted their own fundraiser raising £1,300 after Joe had left ULHT.

It wasn’t all plain sailing as Joe described the final hour of the ride “as Cool Runnings”, his handlebars had come loose, his light had stopped working and his brother had to lead the way.

If Joe’s story has inspired you to undertake some fundraising for the United Lincolnshire Hospitals Charity, then you can get in touch with the Charity Team on charities.team@ulh.nhs.uk. 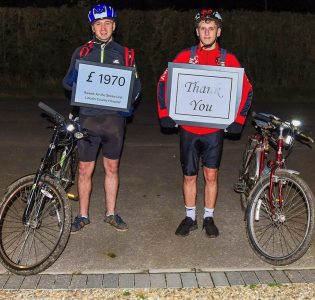 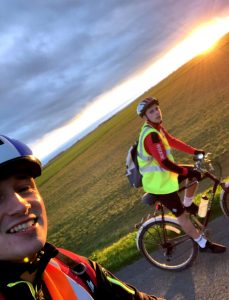 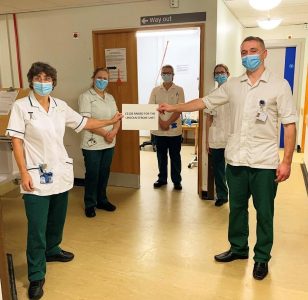 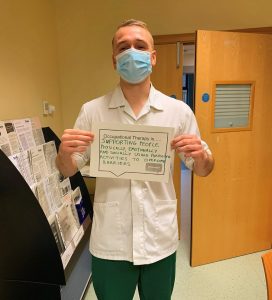 The United Lincolnshire Hospitals Charity has received a donation of £114.00 from Bicker Preparatory and Early Years School to support Pilgrim Hospital in Boston.

The staff and pupils took part in a rainbow themed dress-up day to unite everyone after being separated for such a long time. The School also created a giant rainbow outside to send positive hope to all.

Not only this but the school also hosted a lockdown superhero assembly to celebrate all those who had gone above and beyond. It is our intention to buy some bean bags for the new children’s unit in Boston Pilgrim Hospital with the funds raised and we send our massive thanks to these very young children and the staff and the parents of the school for their kindness. 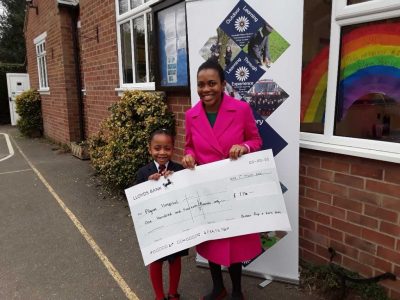 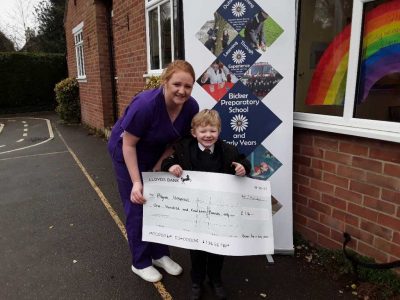 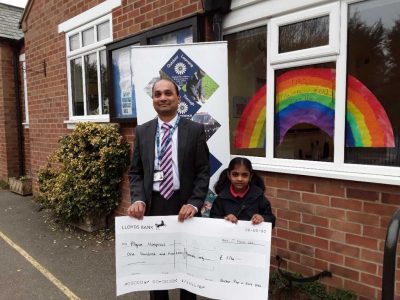 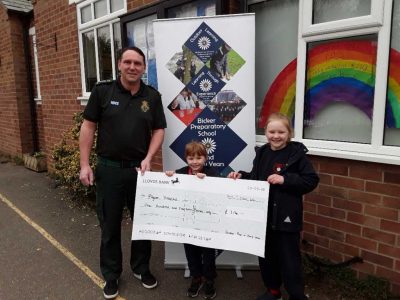 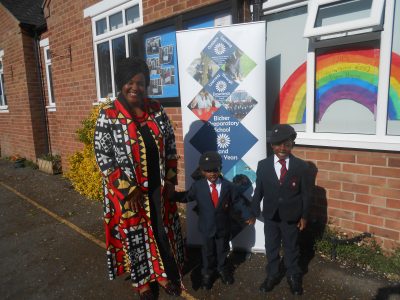 For any help or guidance please contact our charity team:
Telephone: 01522 572221
Email: charities.team@ulh.nhs.uk